Do you know someone scary at work? No, not the frighteningly quiet guy in the mailroom or the security guard who gives you the stink eye. Those people aren’t scary.

But there are three types of folks that are. And what’s even more petrifying is that one of them might be you.

Here’s who they are, and what to do if you find you’re kinda scary, too.

Meet Frank Firefighter. On the surface, everybody thinks that Frank is great.

He’s the hero; he’s the one that comes running when everything is falling apart.

He’s always there; he’s ready to fight the fires. And, this being work, there are always plenty to go around.

Having a hero at work is great, but when we’re so reliant on Frank, we don’t get the chance to develop heroic skills in other people — or in ourselves.

So when we rely only on Frank, we stop trying to learn how to respond under pressure and handle our own problems.

We also start accepting the illusion there SHOULD be fires, rather than building the skills to prevent fires in the first place.

What to do if YOU’RE Frank Firefighter

There’s nothing wrong with being the person people can rely on. That’s awesomesauce.

But over time, your firefighting must get tiring. And if you’re the only one dousing the flames, how can you ever move on to new opportunities, either in your own company or elsewhere?

If you’re tired of being Frank, first recognize where you add the MOST value. What’s  your best and highest use? Stay in that superpower space. Just because you can do something doesn’t mean you should.

Also, maybe it’s time to bring a colleague along to the next fire. Show her where the ladders are, show her where the extinguisher is. Start teaching what you know. Teaching doesn’t diminish your value; it actually increases it. 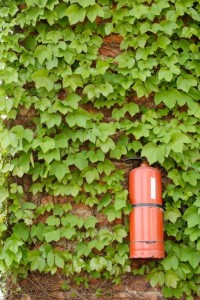 It doesn’t hurt to step away from the fire once in a while and create some room to let someone else step in. Chances are, you’re really not fighting a fire that’s going to blow up. Somebody given the chance, will figure out other ways to fix it.

Finally, ,when you’re Frank Firefighter—don’t get burned. When you’re the one on the frontlines, you’re the one who is at risk for making a mistake, for burning yourself out and really just becoming exhausted and starting to really hate your life at work.

Now that would be scary. 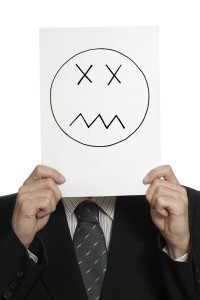 There’s nothing worse than somebody who’s struggling. You might feel empathy and work hard to try and help, but nothing seems to change.

That starts to make you feel bad about yourself—especially if you’re Sandy’s manager, leader or just co-located co-worker.

Sandy is scary because he sucks out all the positive energy and forward motion in the organization. And you know you need all you can get.

What to do if YOU’RE Sandy Struggler

I’ve heard Sandy say “Maybe I’m struggling, but maybe this is just the challenge I’m supposed to have for my own good.”

Which makes a lot of sense. Except for the fact that it’s stupid.

Working hard through a learning curve is one thing. Typically, we know if we’re learning and growing, and we can feel energized by that—even if it’s hard.

And on that learning curve,  you eventually reach a new stage; a turning point. But if you’re not getting there–if you continue to struggle without any positive, forward motion–you need to change direction, fast.

Constant struggling is a sign that something you’re doing just isn’t working.

If you’re Sandy Struggler, it may be time for an honest conversation about why you’re doing what you’re doing and what you’re really meant to do. Maybe it’s being honest with your boss, or hiring a coach to get more clarity. Or maybe it’s as simple as telling the truth to yourself about what’s working and what’s not.

Because if you don’t change your life at work soon, you’re going to be struggling out the door.

Now, Oliver is the person who when you ask how he is, will always say “I’m fine.”

No matter what’s going on in his department, organization, or life.

He’s perfectly pleasant, he’s reliable and he doesn’t really demand much from you or from the company.

You don’t know a lot about him.  if he says he’s fine, you figure you may as well believe him.

Consistency and reliability are great things. Until they smack you in the face.

It’s likely that one day, Oliver comes to tell you that he’s leaving the company.  It’s in the middle of your big project or right before you’re about to go to market with a new product.

And you had no idea that Oliver wasn’t fine.

What to do if YOU’RE Oliver Okay

There is nothing wrong with enjoying your work, your colleagues, your success, however you define it.

But if you say you’re okay, then it needs to be THE TRUTH.

So what’s true for you at work right now? Are you really Okay, Oliver?

I’ve seen so many people  lie to themselves and say they’re okay when they’re really not.

In fact, I did this myself for years. I pushed back the thoughts about changing my life at work because it seemed too hard, too overwhelming, too inappropriate (“hey, you have a great job–be thankful for that!”)

We think that changing our life at work can sometimes mean changing too many things in our life. So we pretend it’s okay.

But there are proven ways to change your life at work in small but significant ways that help you go from okay to excellent.

If you’re really not okay, this is the time to get the support you need—NOW.

Talk to a friend or mentor. Download some of our free tools designed to give you more clarity, confidence & control. Or watch my video training, “Three Questions You Need to Answer Now to Get Career Clear” (click here to sign up for free access).

Just promise me you’ll do something. Because it’s a scary world out there. We need you—the real you—now more than ever.

No matter what’s happening in your life at work, a 30-minute chat with me can help you get unstuck and move forward, fast.

Just hit the button below, and pick a date and time that’s available. Answer a few short questions, and then I’ll call you at the time you picked. There’s nothing to prepare–just show up right where you are. If, after we talk, it sounds like one of my coaching programs or courses will help you going forward, I’ll share details after our call. There’s no pressure -my goal is to be helpful immediately.

Spots fill up fast, though, so schedule yours now and start getting the support you deserve.