Before you read further please note, this is not Red Cape Revolution founder Darcy Eikenberg. This is Dana Eikenberg, her sister. Darcy invited me to guest blog this week and share some of my recent learnings with all of you. Please don’t unsubscribe from RedCapeRevolution.com’s feed or emails—she’ll return with all her professional intelligence and positivity to continue to assist leaders and high performing professionals like you and me in gaining clarity, building confidence, and taking control in changing times. She keeps showing me how to get out of my own way, and this post is one example of that. Thanks in advance for reading and sharing these ideas! –Dana

3 Things You Need for Your Next Breakthrough (by Dana Eikenberg)

Hysterical, right? But if that spoof is the sum of your knowledge about Julia Child, then you’re missing out.

Because Julia Child was a breakthrough artist. I admire her, and strive to be more like her as I seek my own breakthroughs.

If you’re ready for a breakthrough in your career and life, maybe Julia’s story will help you, too.

You likely know that Julia Child was an American chef, author, and television personality. Her debut cookbook, the 726-page Mastering the Art of French Cooking, and her 1963 television program The French Chef brought French cuisine to the American public.

She was a foodie before foodies were common. She turned public television into the predecessor of the Food Network, and captivated an audience who loved cooking and wanted to know how to do it better.

Here’s the cool part and how it relates to you and me.

She wasn’t always an icon.

People didn’t bend over backwards to hand her opportunities.

She didn’t start at the top.

In fact, she had to create her own breakthroughs.

In the 40’s as World War II drew near, Julia began a career as a typist at the Office of Strategic Services–a government agency precursor to the CIA. But because of her education, she was promoted to a top-secret research position working for the head of OSS. 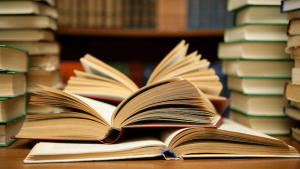 That opportunity led her to adventure (she traveled the world), love (it’s where she met Paul Child), and eventually, her energetic desire to learn French cooking.

Whether we’ve graduated from a top tier university or just from the school of hard knocks, everything we’ve learned has placed us in a position to have more life chances.

If you’re looking for your next breakthrough, don’t discount what you’ve already been taught—and what you already know. Because no matter how far you got in school or where you learned how to learn, no one can take your education away from you once you have it.

Due to her drive, the then-Julia McWilliams was involved with solving the military’s problem of sharks.

Sharks were a big problem.

Navy sailors got attacked when they fell into the ocean.  Underwater explosives were accidentally set off by the sharks. Plus, in the case of an air crash or other accident, the sharks made it extremely difficult to execute a rescue.

So, due to her drive, Julia was part of a major project—conjuring up something to chase the sharks away.

During an interview later in life, she’s quoted as saying, “I could boil water for tea but my first big recipe was shark repellent that I mixed in a bathtub for the Navy.”

She wasn’t afraid to mix it up and try, try again. Her drive kept her going. 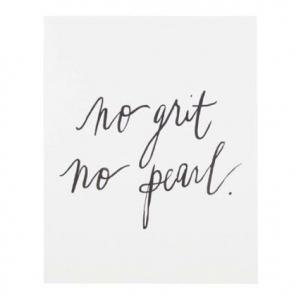 Resilient leaders rebound from disappointments and missed opportunities. We can endure the downhill longer than others. I didn’t say we enjoy it, but we can endure it longer because we are educated to know that at some point, the road does turn.

The resilient mindset remains optimistic, and with one, we typically figure out a way to do more with less.

Gritty leaders are able to exert and resist force when under pressure and keep going and going. They focus on giving their best and fighting smart until the end.

Grit isn’t always polished or manicured, but it is what every leader needs in order to garner the resolve to achieve.

The opportunity to experiment with recipes to repel the sharks was an awkward and non-traditional plan to many of the top brass at the OSS. But even though Julia didn’t know how the sharks were setting off the explosives, she wasn’t afraid to try something ––and to fail.

Her education and drive increased her opportunity for success by providing her the courage to step outside her comfort zone and experiment.

As Darcy always says, “discomfort is where the growth is.” (I get tired of hearing that, but it’s true.)

People say the “magic” happens when you step outside your comfort zone. For Julia, a career was born (although it wasn’t a happy ending for the sharks, but that’s a different metaphor).

How about you? Are you ready for your breakthrough?

I’m currently laying the pavers for mine, changing my zip code and my career field all in one fell swoop.

I know many of you are doing similar things—-or at least thinking about it.

What I know from remembering Julia is that all the tools we need are already inside us.

If we use our education, rely on our gritty drive, and throw in a little experiment now and then, POOF—we’ll find what’s next for us.

In addition to being Coach Darcy’s beloved sister (Mom made her say that), Dana Eikenberg is a health care professional and 20-year veteran coach of Division I women’s basketball programs. She’s focused her career on building character, confidence, and courage in young people, colleagues, and leaders alike. She’s also an expert in creating systems and processes behind the scenes that keep teams organized and on track. Dana’s currently creating the next chapter of her career and life in Southwest Florida with her family (including boxer Cruz), and welcomes hearing from you. Read her personal blog here, connect with her on LinkedIn, or follow her on Twitter.

YOUR TURN: What tools are you using to get ready for your next breakthrough? Join the conversation on Facebook or email us your thoughts here.