I’m not sure who said it first, but some wise soul said “we teach what we most need to learn.”

For me right now, that thing I need to learn is courage.

Yes, I’ve had fistfuls of it here and there during my career . . .

. . . .the courage to move from Chicago to New York for a job as an editor at an advertising trade paper (I’ll never forget walking through what was then dangerous and druggie Times Square to get to my new office, which had also seen better days) . . .

. . .the courage to leave advertising for human resources consulting even though I had no idea what that really was . . .

. . .  the courage stand up to senior members of my firm when I knew the nontraditional thing I was doing was the right thing for my clients, my people, and the business . . .

. . . and of course, the courage to leave all that and start what’s become the business—and movement—you’re part of here at Red Cape Revolution.

So okay, I’ve had courage. But boy, am I hungry for more right now.

Because 2015 has hardly been a stroll in the park.

And if it hasn’t been perfectly easy for you, either, maybe you’ll join me in this plea:

“Courage, we need you now more than ever.”

If you’ve followed my work here, you may know I moved last year to be closer to my family and if I’m honest, to shake things up a bit for me, personally as well as professionally. I worried that I’d gotten a little to comfortable, a little too safe, and too far from who I aspired to be and what I wanted to create in the world.

And later this summer,  I’ll have been in my new location and life for a year.

But where did those 365 days go? Have I shed all my old skins to grow new, sparkly fresh ones that look more like who I want to be?

Not really. Some. But not all.

I’m working on it. And apparently, so are you.

Because I’m hearing similar things from you. You’ve told me:

Courage is another tool to help you change your life at work without changing everything in your life. And so it falls right into place here at Red Cape Revolution.

So here’s what I’m learning about it as I go along this journey.

1. Having Courage Doesn’t Mean Having No Fear

Maybe this is natural. Only human. But I know that paying too much attention to the fear is a good way to just get more of it.

I recently was invited to be part of a small group of leaders in my new community. It’s an impressive group: doctors, lawyers, police and fire leaders, environmentalists, entrepreneurs. And while I’ve never been shy about joining new groups, I found I had a bit of fear before our first retreat together.

What if they don’t like me? What if no one understands what I do (and heck, it’s not always easy to explain). What if I’m not as smart or as accomplished as I think I am in comparison to them? What if, what if, what if??

In hindsight, I didn’t handle the fear well. I played too close to the vest, stayed more reserved than I really want to be. But I guess I needed to feel that fear and see the results (or lack of them) it gave me.

Knowing that will boost my courage to be more open, more vulnerable, the next time we meet.

I’ve often said that “discomfort is where the growth is.” And if you’ve read this far, I’m pretty certain you’re someone who wants growth in your work and life.

But at what cost? Feeling lost? Out of control? Looking dumb? Not being the smartest person in the room?

It’s the discomfort that gets in our way.

During the retreat I attended, we were led through an outdoors activity where 12 of us stood on a large teeter-tottering platform. The objective was to balance the thing collectively.

After a few unbalanced attempts, we figured out that none of us should move, except one person in the middle.

But it’s unnatural not to move when you’re feeling unstable.

We keep adjusting for a better position, when in reality, we may just need to work through the instability. To be uncomfortable.

Yes, courage demands discomfort rather than relief.  And so far, the only thing I’ve found that lessens the feeling of discomfort is practice. (Here are three ways you can practice right now.) 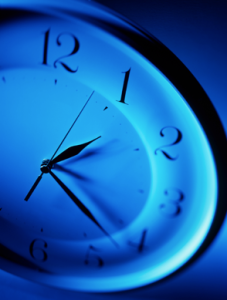 In reality, I only have so much energy. So much time in the day. And experimental? I’m sorry—that hot new idea will need to wait until the laundry’s done.

We can’t expect to have all the courage we want instantly. Like any good habit we’re developing to be better leaders and even better people, it’ll take time.

I’m optimistic that all of these will continue to help me grow the courage muscles I want. Hopefully, they’ll do the same for you. Stay tuned —the journey’s just getting good.

5 responses to “What I’m Learning About Courage (Confessions, Commitments, & What Not to Do)”